Hello all! We are very pleased to announce the release of ‘A Small White Flag’, my new three song EP. It’s sort of meant to wrap things up for me as a recording artist, at least for the foreseeable future. We hope you all enjoy it! Thanks very much to all of you for taking the time to listen and for your encouraging comments over the years. I really have appreciated every one of them.

“All Dressed In Rags” Now available

Hello all! We are very pleased to announce the release of my latest LP, entitled All Dressed in Rags, which is now available through Bandcamp, iTunes, Spotify, and many of your other favourite music resources. Click here to listen or buy the album on the platform of your choice.

I would like to thank my supporters for their patience and for taking the time to listen, and I hope you all enjoy All Dressed in Rags.

I would like to announce that I will be making my entire discography available on many online music platforms this year, including Spotify, Apple Music, iTunes, Tidal, Deezer, Amazon, Google Play and many others. Until now, most of my music has been exclusively available on Bandcamp, and I’ve received several requests from fans about making my music more readily available.

We will release one album at the beginning of each month in 2017. We began in January with my newest, Wandering Stars, and we are gradually making our way back in my discography. We have also added ‘follow’ buttons for Spotify and Apple Music, which you can find in the right-hand side bar. Please feel free to follow along to be notified when each release is available!

It was my intention that Wandering Stars, my ninth full-length album, should be a diverse musical rumination on a variety of topics, so I consciously avoided the strict thematic cohesion of many of my past projects and gave myself permission to address a number of separate issues while exploring several different creative approaches. If there is a hint of an overarching theme, it is the deliberate and systematic distortions of the truth, in ways ranging from the personal to the political. The title is part of a biblical quotation which refers to liars and false prophets, stars that cannot be navigated by or relied upon to show the way.

The album touches upon topics as varied as debt and slavery in a capitalist, materialistic society (“Sold”), the question of morality in a post-modern world (“Juggernaut”) the psychology and consequences of different forms of abuse (“Monster” and “Kimberly Runs Again”) and common, dehumanizing attitudes toward celebrity (“Life on Film”).

Throughout the album, I attempt to experiment with an assortment of creative approaches. Some tracks, for instance, were written around fastidiously programmed and willfully eccentric percussion tracks, whereas I customarily begin writing each song with a keyboard arrangement. Other tracks are lyrically revised, stylistically re-imagined versions of old, previously unreleased tracks, some dating back as far as a decade or more.

Generally speaking, the album consists of a dark and idiosyncratic mixture of electronica and synth-pop, with elements of folk and protest music. I hope you enjoy listening to Wandering Stars.

My 12th album “Wandering Stars” comes out on April 5th, 2016, but I am now accepting pre-orders through my bandcamp page! Pre-Orders are $7 (or more if you can!). Those who pre-order will immediately receive “Sold”, a song about debt and slavery in a capitalist, materialistic society. Thank you everyone for your continued support, and I can’t wait to share “Wandering Stars” with you!

Immediately after “The Arsonists” was released in 2006, Mark Lenover began work on “Every Time It Rains”, a transitional EP which helped to bridge the gap between the carnivalesque spectacle of his earliest work and the sleeker, bleaker psychological-horror-pop of “The Girl in the Window”.

From the atmospheric abstraction of “I Remember Birdland” to the triumphantly apocalyptic “Men With Guns”, “Every Time It Rains” covers a broad range of topics in its relatively brief running time. Careening from savage romantic disillusionment (“She Calls”) and addiction (the title track), to the roots of unionization (“The Grand Industrial Band”) and the looming punishments of the world to come (“Ride The River Blind”).

Sonically, the album has more in common with 2006’s “The Retributionists” than it does with Lenover’s later material. “Every Time It Rains” blends rustically grand, predominately acoustic arrangements with rough production values.

“Every Time It Rains” was completed and released in a short run of CD-Rs in 2007. Some of the tracks later resurfaced on the iTunes release of “The Arsonists”. It has been unavailable in its original incarnation until now.

Hello everyone! My good friend and frequent collaborator David Disher has completed a great new animated video for a song of mine called “Ghosts Walk in Dreams”! For the video, Dave drew influence from the look of classic horror films such as Dracula and Frankenstein, and conceived it as a sequence of moving paintings which tell the tale of a ghost returning to his old home to find his wife in purgatory. The song will be available as part of an upcoming compilation album entitled “The Trail’s Gone Cold”, which will consist of excerpts from “Signs of Violence” and “We’re in Motion Pictures” along with three previously unreleased tracks, and will be released through my friends at Brandy Alexander Recordings on December the eighteenth. The compilation just premiered on soundcloud, so give it a listen below!

“Nightmare House” is a Halloween album by Scarlett/Disher/Lenover. The album was conceived in two distinct halves. The first half contains poppier, vocal songs with 80’s dance grooves, dark keyboard textures, and layered vocals from Mark Lenover, Laura Scarlett and David Disher. The second half is an instrumental suite in the style of 80’s synth horror soundtracks.

Lyrically, the album draws influence from classic slasher flicks and monster movies. The music is often groovy and frightening, with layered atmospherics building a haunting bed for the trio’s instantly memorable hooks and relentless rhythms. Give it a listen, if you dare! 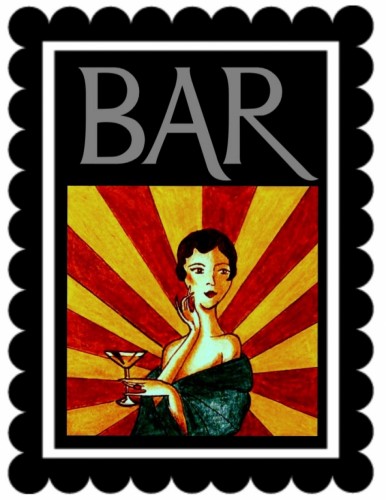 “We’re In Motion Pictures”, Mark Lenover’s 8th full-length album, touches upon a range of subjects, focusing primarily on the reductive, homogenizing effect mass marketing has on the consumer. The album explores and condemns our cultural obsession with material wealth and celebrity, and decries the way in which marketers celebrate narcissism while simultaneously undermining the consumer’s self-esteem, cynically capitalizing on a universal fear of rejection and inadequacy.

Finally, Lenover contends that one’s self-worth need not be dependent upon aesthetic perfection, material prosperity or traditional conjugal/romantic partnerships, insisting instead that one can be both alone and fully realized; flawed and admirable; strange and attractive; scarred and beautiful.

Musically, the album consists of a beguiling fusion of folk and synth-pop, most directly influenced by acts such as David Bowie, Neil Young, The Flaming Lips and The Mountain Goats.

“Malice” and “Medusa’s Hair” are the two singles from Mark Lenover’s 8th album, “The Wreckage”.  The album chronicles Mark’s struggle leading to and following his diagnosis with schizophrenia.  Stream the full album below.

“Honey” is the single from Mark Lenover’s album “Obliterate”. The video was animated by David Disher from Hamilton, Ontario.